After a whole year putting this off, I finally decided to put in some time and share a little about my internship experience at Galois Inc. located in Portland - OR.

As you can probably deduce from this awesome gong in the office, Galois is an amazing place with amazing people. They do some pretty cool stuff with Haskell, Formal Methods and Cryptography. Being founded in 1999 by the father of the IO monad, John Launchbury, Galois is one of the first companies in the world to use Haskell to solve real world problems, and they are kind of famous in the PL community for it. In fact, I knew about Galois much before moving to the US, and I confess that interning there was kind of a dream for the young me – So hooray to dreams coming true!

Galois is a contractor company that basically functions by applying to grants – just like any researcher would, but on a bigger scale. Big part of their projects revolve around two very important of their tools: Cryptol and SAW.

Cryptol is a DSL aimed for developing cryptographic algorithms. And SAW is a tool/language used for reasoning about llvm code. The way SAW works is by translating the program execution path to the logical formulas of Z3 and checking if this translation meets a specification written in Cryptol. This is what we call symbolic execution, and the cool thing about it is that even if you don’t provide a specification, just by the fact that a symbolic execution didn’t crash it already means that the program is memory safe! The symbolic execution tool they use is Crucible, and its one of the most advanced Haskell code in the wild, with tons of language extensions.

If you want to know more about their projects check their github, its all open source!!

During my summer I worked maintaining the SAW proofs of the amazon S2N TTLS/SSL protocols. Honestly it was a somewhat dull work to make all of that C code to compile and run in my machine, then I had to tweak the code by adding the proper annotations and make sure I could make the CI run SAW on it to provide the proper guarantee that the code was memory safe. That code was written in C with a very interesting macro system to make the programming more object-oriented and reusable, it changed my perspective on the power of macros.

Every week I would meet the project leader to discuss my progress, and after a few weeks he noticed that I was not the most passionate person to work with automatic provers, he helped me to find another project where I would be happier. Then my second project was specifying the interface of ElectionGuard in Coq, unfortunately I could not finish things by the end of my internship.

Turns out that it is quite competitive to get an internship there. According to the hiring team they get thousands of applications every year and will only hire a handful of them. My cohort was around 20 interns, and apparently this was the summer they had the most number of interns so far.

The reason why it is so competitive is that the number of people that applies with a 0 fit is quite high. Out of those that are actually a good fit they will only hire if they can find a specific and self-contained project, that the intern would be able to complete during his stay. The shorter they will hire for an internship is 3 months, but it can be longer, and also extended.

Galois loves interns, that’s because their hiring process for full time employees is quite conservative. They want to be sure that the person fits the company culture, and since they are looking for long term employees, they want versatile people that would be able to work on different projects. Since PL and formal methods are so new to the industry, a good fit for galois is often (but not necessarily) a person with a PhD, which means that it is very hard for them to find a good candidate.

This means that hiring interns is a good way for amazing people to learn about their work culture from the inside, and maybe consider applying as full time in the future. On the company side, they will also be able to make a more informed decision if that person is a good fit for a full time position or not. They hire people from multiple backgrounds and degree levels. The best fit are usually grad students with background in functional programming, PL and/or Security. But in my cohort there were interns from engineering, biology and machine learning too.

Here’s a picture of part of my cohort. From left to right we have Yerim Lee, Haneef Mubarak, Eric Bond, Paulette Koronkevich, Nikki Carroll, Parker Southwick, Nes Cohen, Me and Chris Phifer 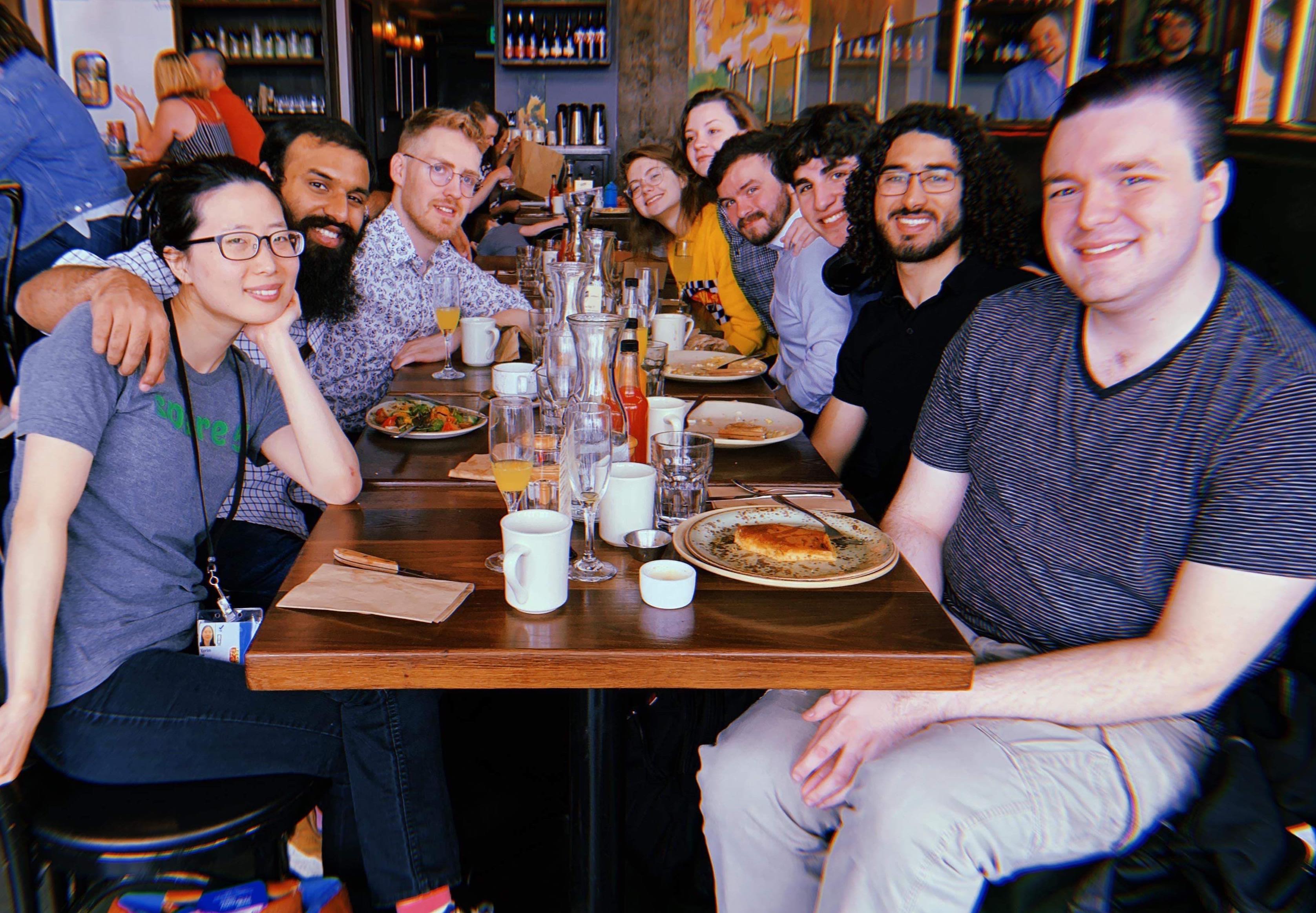 It is very hard for a small company like Galois to compete in terms of salary and benefits with the big companies like Google, Facebook, Amazon and Microsoft. So their approach to finding – and keeping – talents is by providing this absolutely amazing work-life balance. 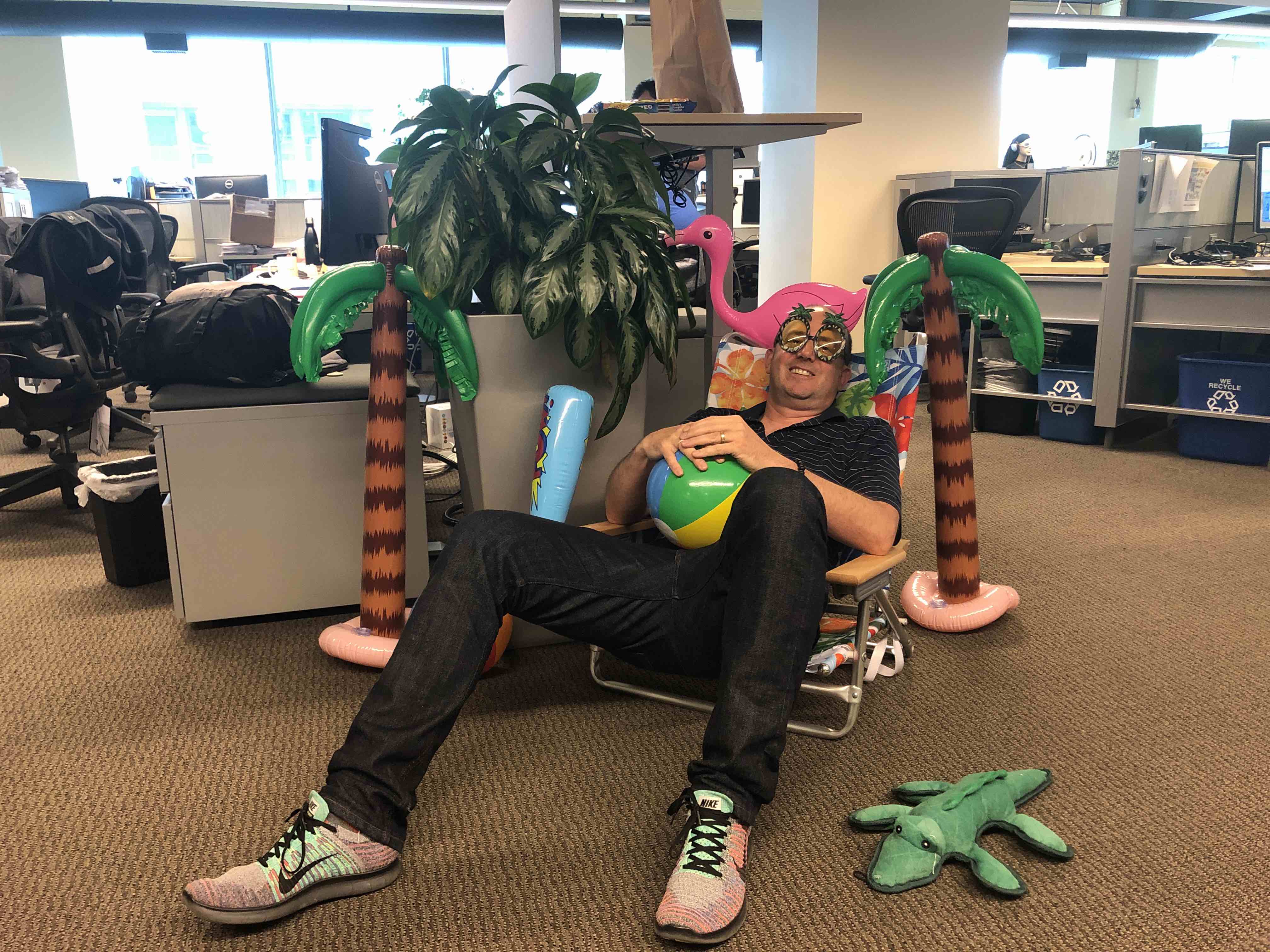 This picture was taken at a place that we named the Intern Island, because everyone there were intern… and Reuben, this handsome dude on the picture. One day he simply decided that we had to make our workspace more personal and off we go to Target to buy some decoration. I think this shows well how relaxed and friendly the environment is. For example, in my first day as an intern pretty much every employee came to introduce themselves to me and show that they could be reached if I ever needed anything. 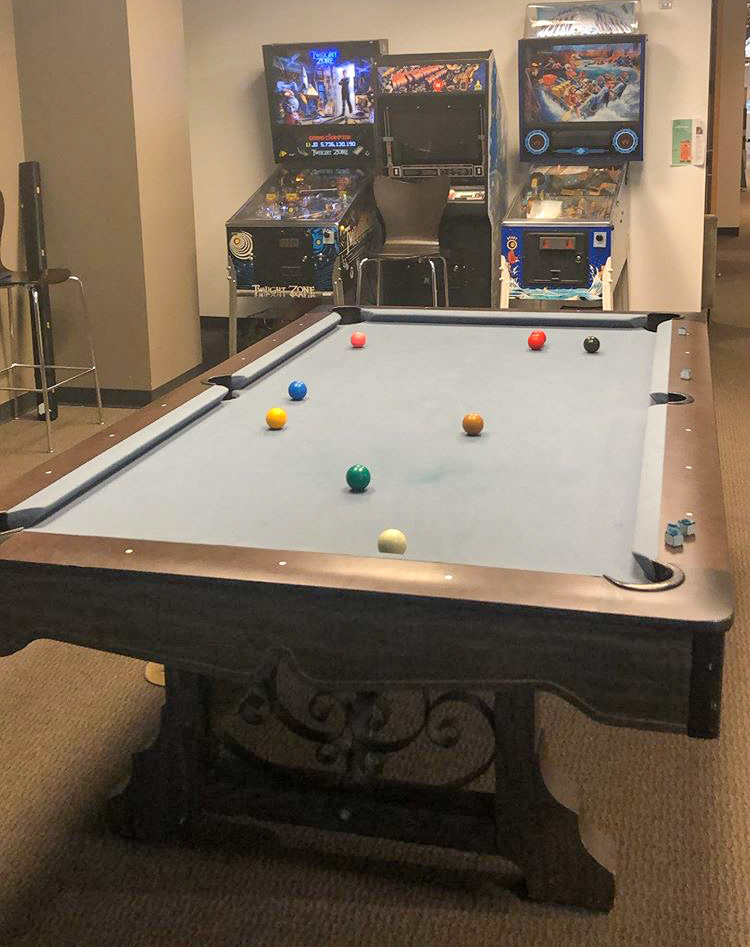 Every Thursday someone would organize to go out and grab some beers. It was a very chilled environment where everyone would just go to a happy hour and relax.

One Friday of the month someone organize a game night at their house, where people can play board games and poker. One of these night was in an unforgettable farm full of llamas and alpacas. Have a fabulous gif of me petting an alpaca.

For me, socializing is the most important part of any internship. It is when you get to actually know people around you and grow your network. But not only that, I’ve always tried to learn as much as possible from the experience of those around me. I will often try to lean the conversation towards people’s opinions and visions on my field, and try to learn from their extensive experience. Thanks to that I’m able to write this detailed blog post, for example. Most of the information here I learned directly from the HR people during these social events!

The last thing I would like to mention in this post is Portland. What a city! What an experience! Everyone there is a hipster. Every bar is a brewery. Weed is legal. Every year there are naked bike races. The rose festival was super fun. The food carts has a special place in my heart and I will miss them for the rest of my life.

The summer of 2019 was a remarkable summer in my life, thanks to this internship. Our cohort would go out literally every weekend and explore the city. I had an amazing roommate. Since we lived so close to the office, the interns would hangout at our apartment often. If I could go back and change anything about that summer I wouldn’t change a single thing, it was spectacular.

If you are thinking of applying to work at Galois, either as an intern or a full-time, rest assured that the place is amazing and you will be lucky to receive an offer from them.

I hope this text could give you glimpse of how amazing working at Galois was for me. Drop a comment bellow if you have any questions, remarks or fix to any imprecision. If I cannot answer your questions I might be able to contact someone who will! 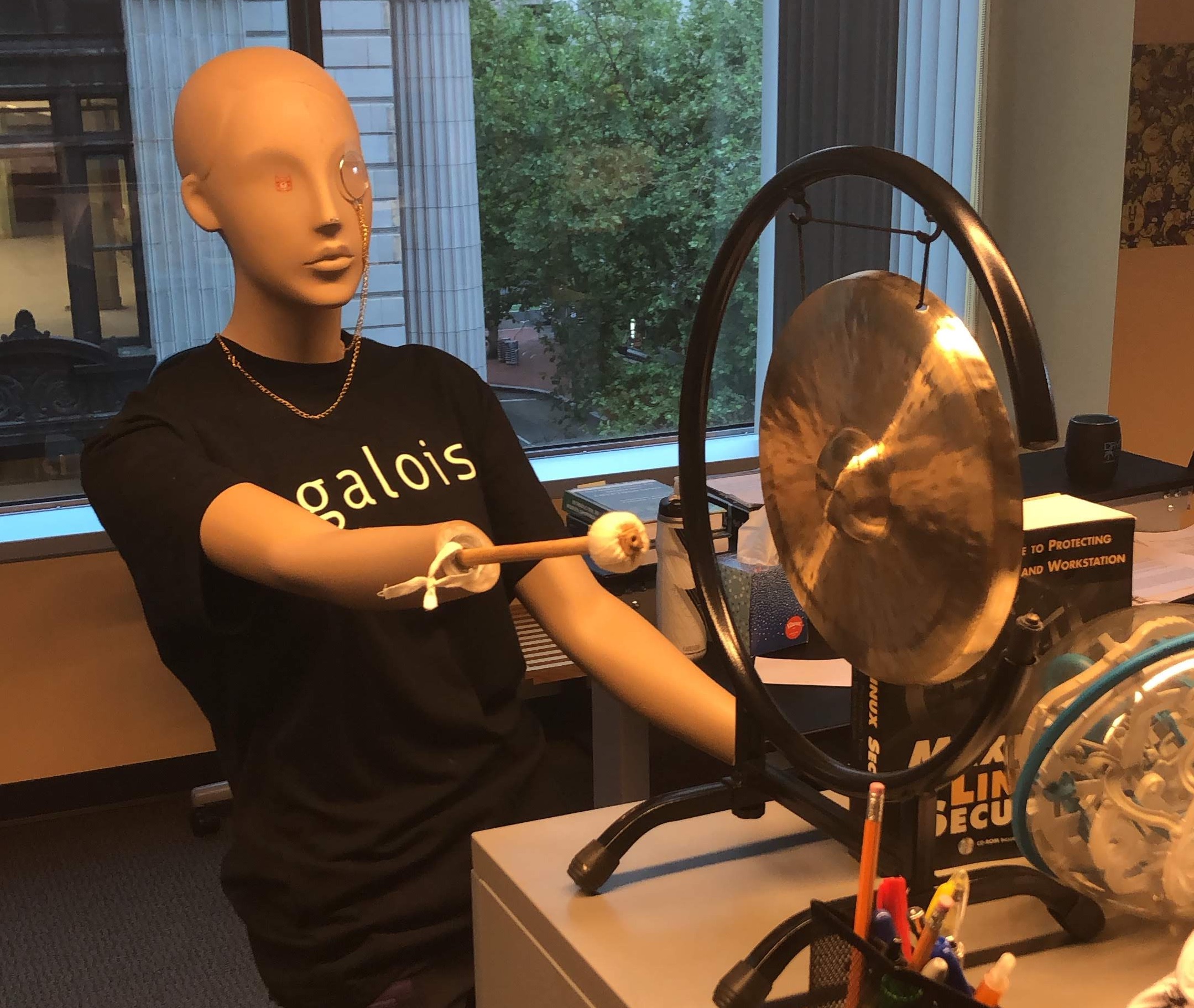